Politics and Culture after Padura

There’s barely a break in the action into November. Hurricane and storm season, films and culture, Trump and hot politics in DC, Seattle, and at the UN.

Following the week-long Leonardo Padura festival —on the heels of the Boston Latin International Film Festival, bliff.org, with three full length and three Cuban shorts and the Trump Cuba melt down and unfounded fit over “sonic attacks” on US state department personnel in Havana, complete with new visa restrictions, staff removals and Cuban diplomat expulsions — the calendar of political-cultural events includes the National Network on Cuba annual national conference in Seattle, organizing for local rallies and support actions for the November 1st UN Assembly’s annual vote to condemn the U.S. Blockade and Embargo on Cuba, an upcoming documentary premiere of a documentary of 1,300 Cuban teachers at Harvard summer school in 1900, and the continued exhibition of Yoan Capote’s monumental steel sculpture of Fidel Castro at the Peabody Essex Museum, undercut by the museum’s prejudiced, politically-slanted publicity. 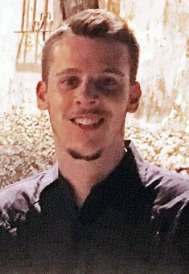 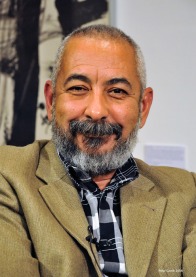 Brookline’s Lee Schlenker (left) will be featured on the July 26th program, which will include discussion of October programs with Cuban popular educator and poet Marcel Lueiro Reyes and Cuban novelist Leonardo Padura Fuentes.

On Wednesday, July 26, the Revolution Day holiday in Cuba, the Boston area July 26th Coalition is sponsoring a program on community development in Cuba and U.S.-Cuba relations featuring Brookline’s Lee Schlenker, starting at 7:00 at the Encuentro 5 Community Center in downtown Boston, 9A Hamilton Place, next to the Orpheum Theatre, across the street from the Park Street MBTA station. The program is being co-sponsored by Brookline PAX and Witness for Peace.

Lee Schlenker, a recent graduate in Latin American Urban Studies at Middlebury College, is a dynamic, bilingual researcher, community organizer and international solidarity actor currently based in Havana as an International Team member with Witness for Peace. He is a strong believer in grassroots solidarity work, participatory neighborhood planning, worker-owned cooperatives, and the ongoing construction of an urban commons. “In his free time,” according to Lee’s biographical note, “he pretends he can dance salsa, tries the spiciest thing he can find, and beatboxes until his throat is dry.”

The July 26th program will address both ongoing issues in Cuba and the more recent changes involved in President Trump’s announced changes to the Obama-Castro rapproachment including the new restrictions on trade and on travel, especially person-to-person travel, the specifics of which are due to be announced in mid-September. In addition to looking at new contexts and strategies for ending the embargo, the program will also address other areas relevant to normalizing relations including the return of Guantanamo to Cuba and other matters involved with respecting Cuban sovereignty, especially ending U.S. government-supported “regime change” programs. The program will also address and help plan two major Cuba events coming this fall in October.

The July 26 program announces the start Witness for Peace reactivation of its regional work in New England, to be followed up with regional gatherings on August 12th and a fall speaking tour with Cuban popular educator, media producer, and poet Marcel Lueiro Reyes in October.  Marcel is a specialist in the fields of popular communication, culture and the arts in Cuba. His poetry collections have won national literary prizes. Marcel has traveled to many countries, as both a popular educator and a journalist and will focus on community-based experiences in the struggle to create a more inclusive and democratic socialism. Marcel is eager to discuss the perception of US policies on the island as well as the influence of people from the US on beloved aspects of Cuban life, such as baseball, music and film.

October will also see July26.org hosting a Boston area festival for Leonardo Padura, Cuba’s leading novelist, screen writer, and journalist. Padura’s popularity can be largely attributed to the series of noir detective novels he’s written, the first four of which have been made into films. The “Four Seasons in Havana” quartet is available on Netflix with English subtitles; it is being made into an English language series for cable starring Antonio Banderas. In addition to university programs in the metropolitan area, public programs include a reading and book signing jointly supported by the Coolidge Corner Theatre and the Brookline Booksmith (Padura’s latest novel, Heretics, was already in the front window when they were approached), an event also being cosponsored by Brookline PAX, to be finalized early in the week of October 9, prior to the Brookline Sister City (Quezalguaque, Nicaragua) week, set to begin on October 15.

July 26th commemorates the beginning of the Cuban Revolution, the 1953 rebel attack on the Moncada army barracks in Santiago de Cuba. The date was adopted by Fidel Castro as the name of the movement and organization that developed — Movimiento 26 de Julio — and led to the Revolution’s victory over the corrupt and dictatorial regime of Fulgencio Batista more than five years later on New Year’s Eve 1959. The date gives its name to the Boston-area Cuba solidarity organization. It was the day after Revolution Day in 2015 that the U.S. and Cuba opened embassies in each other’s capitals for the first time since 1961.

Brookline has a history of activist Cuba programs in the Boston area. Last July 26 the Boston-area premiere of the documentary “All Guantanamo is Ours” took at the Coolidge Corner Library, was cosponsored by Brookline PAX and the July 26th Coalition along with the National Network on Cuba and the International Committee for Peace, Justice and Dignity, and featured in the Brookline Tab. In May of last year Brookline Town Meeting overwhelming passed a “Resolution Calling for an End to the United States’ Economic, Commercial, and Financial Embargo Against Cuba and Respect for Cuba’s Sovereignty.”

For further information about the upcoming programs, contact info@july26.org. A version of this article is being published in the July 20th Brookline Tab and should be available at http://brookline.wickedlocal.com/.